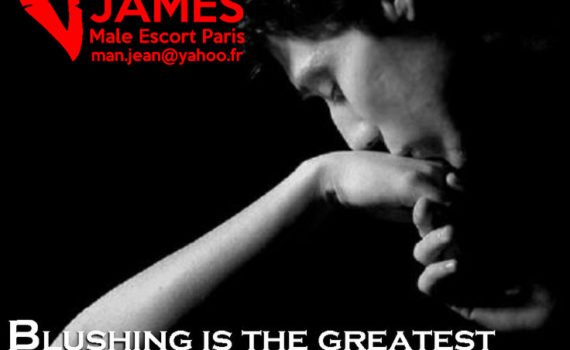 It was late and Diana turned off the TV to get ready for bed. She was just getting her toothbrush when the phone rang. It was James. She had sent him a mail the day before in order to have more information about his escorting services for demanding women.

Diana was definitely attracted by the description of him that she found on his website and she was lonely too, Diana invited him to come over. When James arrived, they sat on the couch talking about nothing in particular, movies, weather and work. Basically enjoying each other’s company and getting to know one another.

Diana grabbed a bottle of wine and two glasses carrying them to the living room. James opened the bottle and poured. Diana took her glass and reclined on the couch, her dainty feet on his lap.

James took Diana’s left foot in his hands and began rubbing in slow long strokes. His strong hands kneaded and massaged as the dim lighting and the wine began to take effect. After a few minutes she felt her body warming up, wanting more than a foot rub. Diana grew moist between her legs, a soft sigh came from her lips. As her foot brushed his crotch, she felt his hardness. James realized his erection had been discovered. The male escort cleared his throat and struggled for something to say.

Without saying a word Diana gently used her foot to rub the bulge in his pants. She licked her lips as she caressed his hard cock. His desire increased along with his penis and it struggled for room against his jeans. James bit his lower lip and tried to muffle a moan but, Diana saw the look of pleasure on his rugged face.

Placing a hand firmly on her ankle, James guided the rhythm. Diana’s breath quickened as her excitement increased. Her pussy ached, her nipples grew harder under her thin night gown and his breathing got louder, his grip on her ankle tightening. Dying to kiss him, she pulled her foot away and clumsily climbed on top of him.

Their lips met tenderly, cautiously exploring the others mouth with their tongues. The male escort held her tighter, gently pushing his pelvis to her. She shivered and sighed with pleasure.

James’s hands slid down her sides feeling every curve before coming to her ass, squeezing it firmly, kissing her with urgency. The male escort let out a deep moan and grinded his hardness into her with a desperate need to satisfy his desire.

Diana anxiously pulled at his shirt, her fingers craving the feel of his flesh, she lifted it over his head. At last she could run her hands over his chest. She slowly explored his torso and arms and then removed her nightshirt revealing her breasts to him. His hands caressed her tits and he took a hard nipple in his mouth. His warm, velvety tongue sent waves of desire directly to her pussy.

James pushed Diana back on the couch and hung over her, his eyes and hands taking in all of her beauty. The male escort picked her up, carried her into the bedroom, and gently lay her on the bed. He slowly removed Diana’s silk panties and took off the rest of his clothes as she lay back watching his every move. At this point, he quickly put on a condom.

Diana sat up, pulled him to her kissing his chest, slowly getting on her knees making her way down to his stiff cock. Leisurely licking the head and rubbing it on her lips. A little at a time she took more of him into her hungry mouth. The male escort grunted with every stroke, making Diana wetter and hotter with every sound. Needing his hands on her skin she let go of his cock, pushed him on the bed and climbed on top. She shuddered with delight the instant his dick touched the opening of her wet pussy. Gradually, she inserted his throbbing penis into her, letting out a squeal as he filled her eager pussy.

His hands held her waist guiding her up and down as she straddled him. The pace hastened and Diana whimpered with delight. James rolled her onto her back. Kissing her breasts, his hot breath stimulating every pore, he traveled down her stomach to her hips. With his tongue, James began licking tiny circles across her abdomen, as his hands gently spread her legs. She held her breath in anticipation as his tongue made its way to her thighs. She felt her clit pulsate as it awaited a turn with his eager tongue. The gigolo briefly flicked her clit with his tongue and then went back to her inner thigh.

James held her hips firmly, repeatedly grazing past her clit with his tongue until at last he took her in his mouth. She grabbed him, fists full of his hair as he moaned and licked hungrily, hands full of ass and a face full of pussy.

Not wanting to come without him inside, she gently pulled him up, sliding him into her. She clutched his ass, digging her nails into his tender flesh motioning him quicker and harder.

Her pussy clung to his dick as the wave built up, growing stronger as he pumped faster into her. Instantly, the waves crashed at the same time, immense pleasure sweeping over them. James grit his teeth as Diana’s nails dug deeper into his ass. She squealed loudly as she climaxed. James groaning, his face scrunched as he came inside her.

James collapsed on top of Diana’s sweaty body, cock still inside her. Softly she ran her fingers up and down his back her pussy shuddering around his dick as it twitched. Their breathing calmed down and he rolled next to Diana, pulling her to him.

Together, skin on skin they got some well-earned sleep.

Now Dear Ladies, would you like to live your fantasy in total discretion and safety. Express all your desires and immerse yourself in the pleasure of a sensual experience with me in mutual respect with protection. To consume without moderation…

Looking to giving you pleasure with a sensual massage or more, everything is possible. Let’s get to know each other around a drink in a nice lounge bar in Paris without commitment and I’ll tell you everything you burn to know.