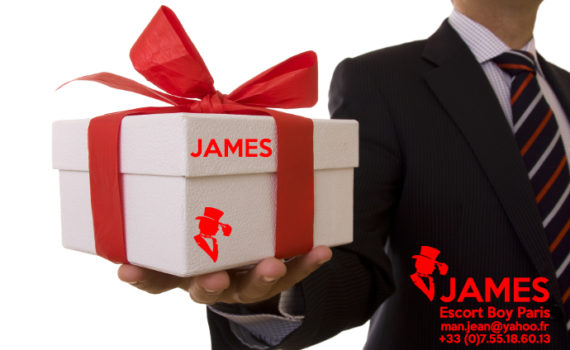 
Gift for women: Offer a male escort experience for demanding ladies. It’s an original idea. For her birthday, her anniversary or any other occasion to please her.

You do not know what to offer to her, you are her husband, her partner, a group of friends or her office colleagues. Do not hesitate to contact me to organise the most beautiful evening of her life.

A romantic dinner at a restaurant or a dinner at home with a stylish man educated charming and funny for an unforgettable evening without any complications and safely.

Gift for women: Give her a unique moment of pleasure in the arms of a distinguished companion who knows women well, who knows what they want and how to make their eyes shine. A gentleman of modern times with manners worthy of the greatest gentlemen of all time.

When her present arrived, she was waiting for him in her apartment to serve him a glass of champagne. She sat next to him, and they began to talk about everything and nothing, and both drank the words of each other. At one point in the discussion, the man put his hand on her which did not surprise her but had the impact of spreading an electric shock throughout her body and especially between her legs.

James suggested that he take her to dinner in one of his romantic places of which he is the only one to have the secret. She nodded and she went to get ready. She put on a low-cut, rather short black dress, then took the time to comb her hair and put on makeup.

Once in front of the restaurant, he opened the door for her. When he arrived at the table, he ordered a nice bottle of wine. They resumed their conversations. She felt completely uninhibited now.

Back home, they settled on the couch. She began to rub her feet against his legs. Her male escort offered to massage her.

The gentleman began to caress her calves. Then she climb above his legs. The gigolo put his hands on her hips and she let himself go.

The gift man began to caress her hips where his hands were already laid. She allowed herself to breathe hard against his face. The man approached his lips to hers.

Then they kissed passionately while his hands caressed her. She was there, against him and very quickly, he took off her dress, putting it over her head, after opening the closure. His hands came to stick to her chest and gently, he opened the buttons of her shirt, one by one.

At that moment, he is no longer the gift that was offered to her, he is the only man she wants, that she wants more than anything. The last button open, she removes her shirt and sticks to his chest.

Her male escort starts to kiss her neck and she turns her head back to facilitate access and meows of pleasure. She ends up sitting next to him, he gets up, gently spreads her thighs and comes to kneel between them. James starts to remove her thong.

James spreads her legs, then passes his head between them. His male escort begins to use his tongue on her bud that stands like a female erection. Her body is electrified in response to the onslaught of his tongue. Gently, he starts licking all her secret garden. James delicately enters two of his fingers in her, and goes back and forth slowly while his tongue is still pressed against her pink flesh.

She’s so eager to have him in her. Then he goes back and kisses her tenderly. The male escort grabs his cock to put on a condom and he presents his huge cock stretched at the entrance of her secret garden and very gently, he sinks into it. Inch by inch she is breathless filled by his amazing cock.

Gently, with infinite sweetness, he begins to fuck her. At first, she does not move, but soon she begins to enjoy it, her body adapts and dilates her pussy. She strokes her back while her lips rest on his, in his neck, on her breasts he pulled out off her bra to knead and pinch her nipples.

The lady begins to revel in her thrusts, she moaned faster and faster as he passes two of his fingers on her clit, he begins to caress nicely. James looks at her in the eyes, smiling.

She wraps her legs around him as he continues his thrusts. She feels her pussy burning with pleasure, her pussy pulsing while the orgasm is unleashed throughout her body. She can not prevent herself from shouting his name as he growls by letting himself go in her.

Gift for women: All women deserve to receive a masculine gift. As a gentleman for demanding women, I offer you the security of my professionalism and my experience that will allow you to be sure that your gift will please her and you will see her eyes shining at your next meeting.

The gift can teach her how to let go like an education of her senses that will provide her with a unique entertainment for adults in mutual respect with protection.

Contact me to arrange the details of the gift you want to offer and set a date.